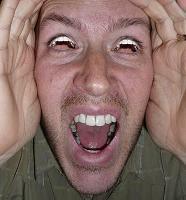 We regret to inform you that Mr Schulz has recently been admitted to the Institute for the Calendrically Insane. His planned release is on Friday, August 13th, 2010.
Posted by Brad Schulz at 7:05 AM